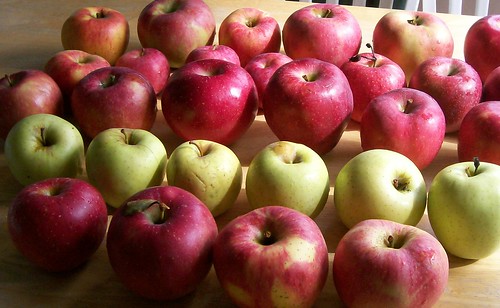 After arrogantly submitting a measly 2 pages of actual company documentation in its request for Canadian approval of its heavily modified, “no brown” GMO apple, biotech firm Okanagan Specialty Fruits has set its sights on a quick release in the USA.

The USDA announced on its website a 60 day public comment period commencing July 9, 2012 before making a final decision on the subject per the company’s request.

According to polls, 69% of Canadians oppose this new GMO abomination with no doubt a similar or even higher number opposing in the United States given that 90% of Americans support honest labeling of frankenfoods.

Watchdog groups are scrambling to quickly amass opposition even as PhD biotech researchers admit that the resulting proteins created in GMO foods are unpredictable at best, a “normal” byproduct of the genetic engineering process.

“I saw what was really the fraud associated with genetic engineering. My impression, and I think most people’s impression with genetically engineered foods and crops and other things, is that it’s just like putting one gene in there and that one gene is expressed….But in reality, the process of genetic engineering changes the cell in such a way that it’s unknown what the effects are going to be.”

Of course, this is exactly why informed consumers are so greatly concerned with the rapid proliferation of GM foods in the food supply as unknown and unpredictable gene changes would likely correlate over the long term with unforeseen and perhaps lethal health consequences to those that consume them.

If approval of GMO apples that don’t brown when cut or bruised (thereby appearing fresh when they are not) is disturbing to you, please click here to fill out a short form telling the USDA exactly where it can put them apples.

Update:  According to the Washington Times, the GMO, no brown apple may be deregulated by the FDA and allowed in the US food supply by the end of 2013.