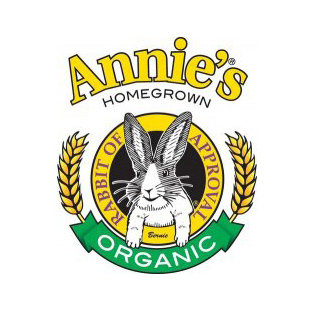 To the shock and disappointment of many health-conscious consumers across North America, General Mills purchased beloved organic brand Annie’s Homegrown in an eye-popping deal valued at $820 million, or $46/share.

This is just the latest in a long string of acquisitions of small, natural food companies by huge, multinational corporations in recent years.

The purchase of Annie’s Homegrown, a 25-year-old company whose trademark motto is “Real Food Tastes Better” is particularly hard to take for parents because Annie’s products are focused and targeted to children.

John Foraker, CEO of Annie’s Homegrown (not to be confused with the privately held company Amy’s Kitchen), said the following of the acquisition:

We are excited about this strategic combination, which will enable Annie’s to expand the reach and breadth of our high quality, great tasting organic and natural products, provide new opportunities for our employees, realize greater efficiencies in our operations, and maximize value for our stockholders.

To those customers greatly concerned that Annie’s product quality will tank due to the new affiliation with frankenfood titan General Mills, Foraker went on to say that:

Annie’s will remain dedicated to our mission: to cultivate a healthier and happier world by spreading goodness through nourishing foods, honest words and conduct that is considerate and forever kind to the planet. Authentic roots, great tasting products, high quality organic and natural ingredients, and sustainable business practices will continue to be the cornerstones of the Annie’s brand.

Quick to take action, many enraged consumers have labeled Annie’s a traitor company and vowed to boycott Annie’s products as a result of the news, primarily motivated by the fact that General Mills contributed $2.1 million to defeat California GMO labeling initiative Prop 37 in 2012 and I-522, a similar measure in Washington State.

In addition, General Mills is a member of the Grocery Manufacturers Association (GMA) which not only spent millions to defeat GMO labeling across the United States but arrogantly went so far as to sue the state of Vermont for its successful passage of a GMO labeling bill. Moreover, GMA supports and even helped draft a federal bill in Congress that will deny states the right to pass their own GMO labeling initiatives.

The Organic Consumers Association is in support of the Annie’s Homegrown boycott, calling for consumers to sign a petition to CEO Foraker that states the following:

I am disappointed that Annie’s has sold out to a company like General Mills.

General Mills has so far spent $2.1 million to defeat GMO labeling initiatives, in California and Washington State. The company is a member of the Grocery Manufacturers which also has spent millions to defeat GMO labeling laws, has joined other groups to sue the state of Vermont to overturn the mandatory labeling law passed there earlier this year, and helped draft the bill, sponsored by Rep. Mike Pompeo (R-Kan), that would deny states the right to pass mandatory GMO labeling laws and make it legal to label foods containing GMOs as “natural.”

General Mills shareholders recently overwhelmingly rejected a shareholder’s resolution to remove GMO ingredients from the company’s products. While the company says it supports a uniform federal approach to GMO labeling, what it really supports is a “voluntary” scheme that would preempt states’ rights to pass labeling laws.

As a conscious consumer, I can no longer purchase Annie’s Homegrown products. If Annie’s wants to match its parent company’s donations against GMO labeling, by contributing an equal amount to support labeling initiatives in Oregon and Colorado, and if General Mills agrees to pull out of the GMA and publicly support state and federal mandatory GMO labeling laws, I may reconsider.

Until then, I will not be buying anything under the Annie’s brand.

This chart put together by Phil Howard, Associate Professor of Michigan State University, aptly illustrates the acquisition problem being experienced in the organic food industry and why consumers are concerned enough to be resorting to boycotts with the hope of altering the trend.

Why I Don’t Plan to Join the Annie’s Boycott

While I certainly sympathize with those in support of Annie’s boycott for the reasons listed above, I am not planning to join in at this time.

The primary reason I will continue to buy Annie’s brand on occasion as I have done for years is that this seems to be a classic case of throwing the baby out with the bathwater.

While it certainly would be easier in the long run for Annie’s to maintain its commitment to quality, organically produced food if it remained an independent company, it is not necessarily a done deal that quality will fall from an acquisition by General Mills.

The owners of Annie’s have a right to sell, after all.  The company has been around for 25 years and maybe this is the right choice for the founding family. Who are we to judge their reasons?

This is a free country and threatening the company with an organized boycott when it has not yet deviated one whit from its original mission for something that is completely within its legal right and the founding family’s choice for the pursuit of happiness as they see fit seems very un-American to me.

In addition, many Americans only have a choice to buy food at a Super WalMart or some other large supermarket chain. For these people, Annie’s represents a very good option and targeting a company with a boycott unintentionally harms these people too who have so few food choices as it is.

It is certainly very important for consumers to keep a close eye on Annie’s in the coming months and years to see if the quality and commitment to the nonGMO Project does indeed begin to suffer from becoming an arm of Big Food.  If it does, you can be sure that I will be among the first to drop it like a hot potato and will not spend another dime on their products.

If, however, Annie’s continues to produce quality items, I see no reason to not continue buying their products as they fit the budget and eating philosophy.

There are some of Annie’s products I never buy, but there are some that I like well enough and buy occasionally especially when I am traveling and having difficulty finding decent food. I have no plans to alter my buying patterns in any way.

However, if the opportunity presents itself, I would certainly prefer to buy from another independent company if it has a similar product to Annie’s – most especially if this company is local!  But, given that Annie’s isn’t a local company no matter if it remained independent or becomes part of Big Food, the choice to buy from them doesn’t really change due to the acquisition plans.

In my view, we should support quality food wherever it is produced, big corporation or a small independent company with local businesses always taking precedence if at all possible. A dollar spent on Annie’s products is not supporting General Mills, in my opinion.  It is supporting quality food, and big corporation or not, General Mills will produce more of it if we demand it as consumers.

The bottom line is that where you spend your food dollar matters.  If you spend it on quality foods that are nonGMO and produced in a sustainable manner, this is the type of food that will become more available – big company or small, GMO labeling or not.

What is your view?  Are you going to boycott Annie’s because it will be acquired by General Mills?  Why or why not?

Five years after the General Mills acquisition, I am happy to report that I am still buying Annie’s products. While not as good as what I make at home, they are still of high enough quality that I occasionally purchase some of Annie’s items for lunchboxes and snacks.

Has Environmental Working Group Gone to the Dark Side?

Vitamin K2 and Blood Clotting. Is it Safe for Those on Blood Thinners?