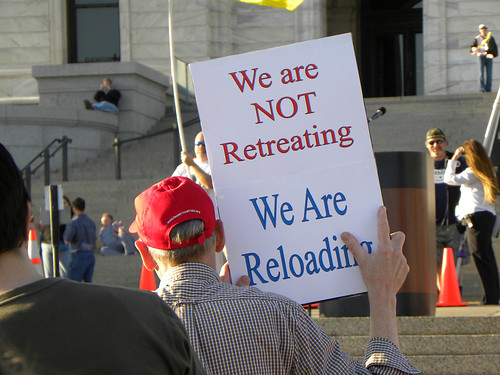 A story out of New Jersey last week has demonstrated the simple yet unmitigated power of a jury of one’s peers in slowing and perhaps reversing over time the accelerating trend toward bureaucratic fascism in the United States and other Westernized countries.

The combination of unjust laws and regulations restricting the freedom to make simple choices about the foods one eats and the medicines one uses combined with an overzealous and frequently aggressive government bureaucracy has made it increasingly difficult for normal, tax paying, law abiding citizens to experience life, liberty and the pursuit of happiness as they see fit as promised by the Declaration of Independence and protected by the Constitution of the United States.

In New Jersey last week, a jury decided enough was enough. In a shocking 12-0 decision to acquit, the jury flexed its muscle and upended the state based marijuana laws which it interpreted as unjust as a result of the prosecution miserably failing to prove its case against Ed Forchion, aka NJWEEDMAN.

Mr. Forchion has been fighting New Jersey laws criminalizing marijuana for over 15 years claiming that he uses it medicinally. He faced a mandatory minimum of three years in jail and a $25,000 fine for distribution if the jury sided with the prosecution’s claim that the pound of pot and $2,000 cash found in his car were indicative that he was in the business of selling marijuana and not just using it personally.

Certainly, the number of joints Mr. Forchion could roll with a pound of pot seemed excessive for personal use alone – over 6,000!   But, the jury did not see it that way.

Instead they chose unanimously to let NJWEEDMAN walk free.  At the same time, these 12 intrepid souls trumpeted the rise of jury nullification – acquittal because a law is deemed unjust – amid a population increasingly weary of criminalizing common citizens for making personal choices about the food and medicines they choose to use.

Make no mistake.  This case is not about legalizing marijuana.  It is about a people that are fed up and drawing the line with an ever encroaching Nanny State.

In another important case of jury nullification in the state of Minnesota last month, 6 jurors ruled against the Minnesota Department of Agriculture (MDA) and in favor of Alvin Schlangen, the farmer coordinator of the Freedom Farms Co-op.  The MDA confiscated the raw milk and other farm foods Mr. Schlangen was delivering to other co-op members in March 2011 and charged him with selling raw milk which was not on the farm’s premises (raw milk is legal for sale at the farm in Minnesota), handling farm food without the proper permit, and knowingly distributing “adulterated” dairy products.

According to USA Today, Schlangen argued that he’s doing nothing wrong because members of his co-op lease the animals that provide the raw milk, so there’s no purchase or sale.   He also said his club is a new design of a food system that “allows the consumer. . . to be involved in the quality of the food they’re getting, and not just settle for what’s there on the shelf.”

6 jurors agreed and chose to find Alvin Schlangen not guilty of the three misdemeanor counts in the heavily anti-food choice state of Minnesota.

These two important cases in the span of a few short weeks in completely different areas of the country show that the trend toward jury nullification is clearly on the rise and not a moment too soon!

As news of the success of these cases spreads rapidly via social media and other alternative news outlets, an increasing number of ordinary, freedom loving citizens will become emboldened to rise up against the tyranny of an overly powerful executive brand of government that is squashing individual initiative as demonstrated by the likes of Mr. Schlangen and the personal choices of individuals such as NJWEEDMAN.

Could it be that the plain, unassuming envelope which periodically arrives in the mail notifying citizens of an upcoming date for jury duty actually signifies a contribution to the preservation of freedom in the United States to an even greater degree than the voting booths many will visit next month?