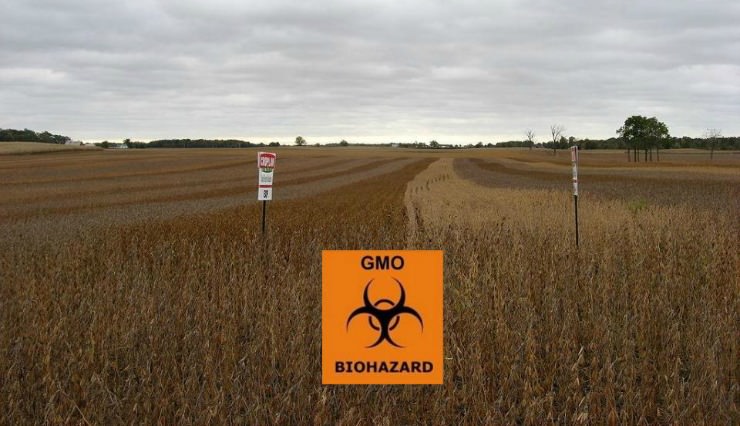 My post on the how to keep Monsanto out of your home garden seems to have really hit a nerve with supporters of GM foods.

This morning, I received an email from the CEO/President of a large soybean seed company in the Midwest who writes:

I just read your article “The Four Steps Required To Keep Monsanto Out of Your Garden”.   I favor choice when it comes to the food you eat and agree with you on that part . I do not agree that it is right to attack Monsanto and all the good work that they are doing to increase yields for farmers to keep the price of food low enough so the poorest of the poor can afford to eat.  If we all had to eat organic many people in this world would starve due to the higher cost of food and lower production.

I respect your views but attacking Monsanto is not in the interest of poor people and world food production. GMO’s are not bad and have passed all the standards set by regulatory systems around the world and are proven safe. Thanks for listening.

My word for word email response?

Stop drinking the Kool-Aid my friend.

GMOs are far from “proven safe” as this CEO claims and the sob story that Monsanto is somehow helping the poor and starving people of the world is nothing but a PR stunt that while effective, has no basis in truth or reality.

As Mark Twain once said, “It is easier to fool people than to convince them they have been fooled.”

There are many highly capable and obviously intelligent people that have completely bought the scam that GMOs are safe and going to feed the world baloney.

Perhaps this most recent news out of Europe will give them a much need kick in the pants to wake them up to the reality of the situation.

Most alarmingly, this viral gene known as “GENE VI” was discovered in the most widespread GM crops, notably corn and soy, which are heavily used in animal feed for livestock producing meat, milk, and eggs.

How did the viral gene get into the GM crops in the first place?

The problem starts right in the laboratory where GM foods are synthesized by an army of scientists playing God with millions of unsuspecting guinea pigs blithely buying unlabeled GM laced products at the supermarket.

These scientists insert foreign genes from other organisms (plant or animal) into a target plant using a technique which allows these foreign genes to “piggyback” on common soil or plant based viruses.

Assumption is the Mother of Error it seems as these scientists had expected that the virus genes transporting the foreign genes into the target plant would not be present once the GM plant was actually grown in the field.

The EFSA research (Independent Science News) has now conclusively shown that this major assumption upon which the supposed “safety” of GMOs is based is not the case.

How the presence of this viral gene could have been missed by the biotech companies, government regulators, and even university scientists is beyond comprehension.

The EFSA research indicated the following:

This situation represents a complete and catastrophic system failure.

There are clear indications that this viral gene might not be safe for human consumption. It also may disturb the normal functioning of crops, including their natural pest resistance.

A reasonable concern is that the protein produced by Gene VI might be a human toxin. This is a question that can only be answered by future experiments.

Dr. Julian Little, chairman of the Agricultural Biotechnology Council (ABC) which represents the biotech companies, had this to say in response:

... nearly three trillion meals containing GM ingredients have been eaten without a single substantiated case of ill-health. The combination of these two facts can give consumers a huge amount of confidence in the safety of GM crops.

I guess Dr. Little isn’t really paying attention to the skyrocketing cases of food allergies and digestive complaints in the past decade or so, particularly allergies to corn and soy, the top two GM crops.

It’s always easier to just continue with business as usual and hide behind PR campaigns focusing on starving children and fudged reports about the “safety” of frankenfoods when the corporate bottom line (and the McMansion mortgage payment) is at stake, isn’t it Mr. CEO?