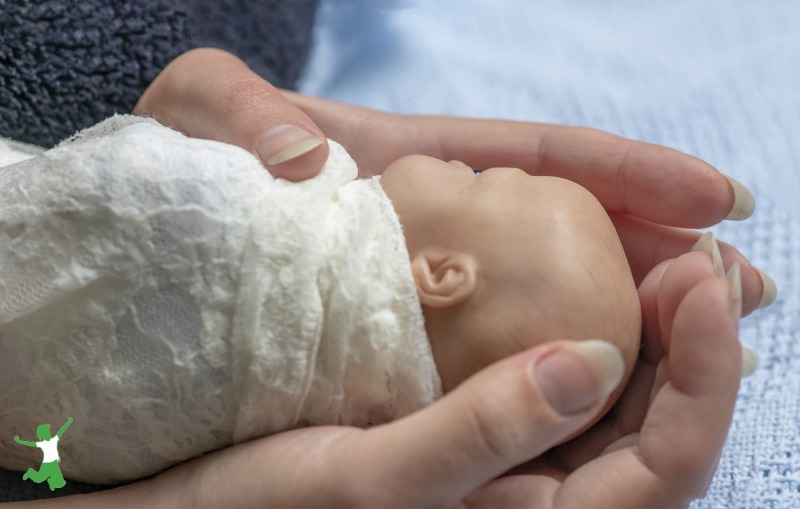 Scientists have not made much progress in recent years to stem the alarming rise in preterm births in developed nations. Then, along came COVID…

While hospital emergency rooms and intensive care units in some areas of the world struggled to keep pace with coronavirus patients, one area of the hospital remained conspicuously quiet.

NICU units in Ireland, Denmark, the Netherlands, the United States, and Australia have experienced shockingly reduced demand in recent months since the beginning of lockdowns from the novel coronavirus. (1)

Two studies so far have quantified the plunge in preterm births, defined as the birth of an infant at fewer than 37 weeks gestational age. Both studies are in the queue for publication. More studies of the heartening phenomenon are on the way.

The first is an Irish study that found that about three-quarters fewer premature babies have been born so far in 2020 compared with the previous year.

In the second study, researchers at the Statens Serum Institut found a shocking 90% plunge in premature births during a month-long coronavirus lockdown in Denmark.

In the United States, the drop was less dramatic but still compelling. Dr. Stephen Patrick, a neonatologist at Vanderbilt Children’s Hospital in Nashville, estimates there were about 20 percent fewer NICU babies at his hospital than usual in March 2020. Some American doctors share similar stories, although others say their NICUs were as busy as ever. (2)

The most pronounced decline in preterm births occurred in very low birth weight preemies. These are infants weighing 3.3 pounds or less at birth.

For the first four months of 2020, however, the rate massively declined to just 2 babies out of every 1000 according to research conducted by University Maternity Hospital Limerick.

A similar pattern was noted by the Danish researchers.

What is Causing Fewer Preterm Births During COVID?

Researchers so far are grasping at straws to explain the huge improvement in birth outcomes since the start of the COVID pandemic.

Our observations, if reflected in other countries that adopted COVID-19-prompted lockdown measures, would redefine the antecedents that trigger the yet poorly understood pathways leading to preterm births. (3)

Commonsense Reasons for the Trend

However, several common-sense theories quickly come to mind as probable reasons for the preterm birth plunge.

First, while COVID lockdowns were clearly stressful, pregnant women who stayed home likely experienced a net reduction in stress. The elimination of exhausting work commutes and a significantly higher amount of rest combine for this beneficial effect.

Second, home cooking surged during the lockdowns due to the closures of restaurants and cafes. (4) The potential result is that pregnant women at home were eating more balanced, nutritionally dense meals.

Third, those of us who have worked in an office know that, in many cases, working from home provides an ideal environment for improving the diet. The removal of the donuts/candy in the conference room and the coffee pot in the break room allows pregnant women to more easily avoid the lure of sugar, junk food, and caffeine to the huge benefit of their unborn babies.

Finally, a very likely reason for the extreme reduction in preterm births is less poking and prodding by their doctors. The temporary ban on non-essential medical procedures and an increase in the number of people hesitant to go to doctors’ offices probably contributed to fewer women getting induced to deliver early. In addition, more women may have opted for the reduced risks of birth centers or home deliveries, forgoing infection overloaded hospitals entirely.

Air pollution has been linked to premature births in the past. Thus, some researchers speculate that the markedly improved air quality during lockdowns from fewer cars on the road, airplanes in the air, and factories producing products could have improved birth outcomes. (5)

Others have suggested that being at home exposed pregnant women to fewer infections of all kinds, not just the coronavirus. Influenza, for example, can raise the odds of premature birth. (6)

Whatever the combination of reasons ultimately proves to be, the results are compelling and worthy of in-depth study. To this end, the Danish and Irish researchers are building an international group of collaborators to study the positive effect of COVID lockdowns on preterm births.

(1, 3) Rate of very premature births falls by as much as 90% during coronavirus lockdowns in some countries
(2, 5-6) During Coronavirus Lockdowns, Some Doctors Wondered: Where Are the Preemies?
(4) Premier Foods Sales Surge as Home Cooking Surges During Lockdowns

The Myth of Mandatory School Vaccinations