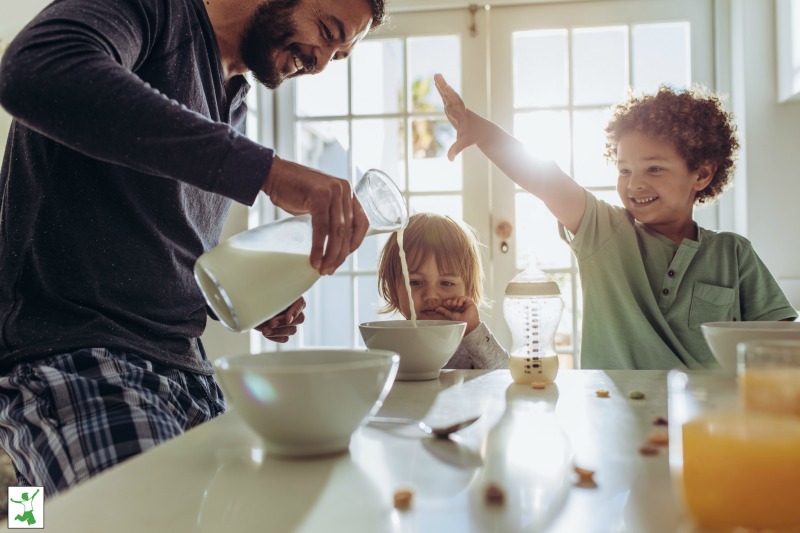 Many parents choose to buy lowfat or skim milk for their families believing that it will help their children (and themselves) avoid becoming overweight or obese. This is in keeping with health guidelines for numerous countries such as the United States as well as international authorities that recommend young children avoid whole milk after age two in order to foster a healthy body weight.

In fact, the overwhelming body of research on the subject finds that children who drink whole milk are 40% less likely to be obese or overweight than kids drinking reduced-fat or skim milk.

The latest nail in the coffin for the “lowfat and skim milk are healthier” myth came from the American Journal of Clinical Nutrition. This highly rated, peer-reviewed journal published the results of a meta-analysis in December 2019. The review consisted of 28 studies from 7 countries covering nearly 21,000 children. (1)

Scientists from St. Michael’s Hospital of Unity Health in Toronto conducted the research.

Dr. Jonathon Maguire, lead author of the meta-analysis and a pediatrician at St. Michael’s in Toronto said:

The majority of children in Canada and the United States consume cow’s milk on a daily basis and it is a major contributor of dietary fat for many children.

In our review, children following the current recommendation of switching to reduced-fat milk at age two were not leaner than those consuming whole milk.

Dr. Maguire noted that the one downside of these 28 studies is that they were all observational rather than randomized controlled trials. Not a single cause and effect study on the subject of whole milk versus reduced-fat drinking children currently exists in the scientific literature.

Since such a study would take several years and the overwhelming evidence from existing observational studies is so strong, it seems prudent for the critical thinking parent to take proactive steps to feed their children whole milk NOW.

Incidentally, this approach is also in line with the practice of healthy, lean traditional cultures that consumed dairy. Hence, parents who choose whole milk have anthropological evidence on their side as well.

Waiting for the results of a cause and effect study and the consequent change in government health guidelines could well take 10 years or more. Children grow up fast, so best not to wait for a study to tell you what we already know.