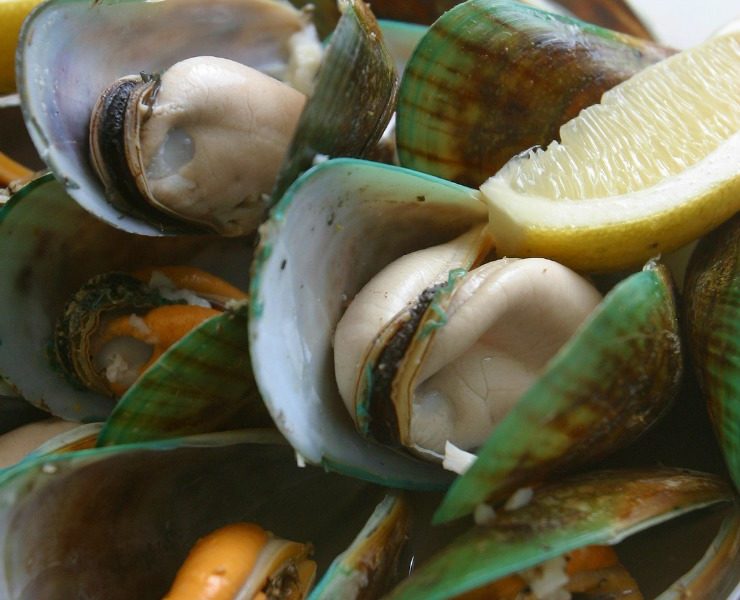 Early in the last century, Dr. Weston A. Price, “The Isaac Newton of Nutrition”, spent more than a decade of his life traveling, studying, and writing about 14 isolated, indigenous cultures from around the globe. These cultures were virtually free from chronic illness and disease. The vibrant health of these native peoples was a shocking departure from the health of the civilized people of his day. This was long before the advent of the supermarket with aisle upon aisle of nutritionless, synthetically fortified, processed frankenfoods.

Dr. Price carefully documented the dietary practices of these cultures and took hundreds of breathtaking photographs. This priceless, truly one of a kind research is found in his must-read book Nutrition and Physical Degeneration.

Interestingly, Dr. Price’s research identified seafood-eating societies as some of the healthiest and most physically excellent of any he examined. While fish was certainly important, the most nutrient-dense seafood these cultures consumed was in the form of the whole animal such as oysters, clams, and mussels.

The green lipped mussel is a type of shellfish that confers tremendous health benefits. It is native to the shores of New Zealand, not far from Fiji, whose native population prior to industrialization took Dr. Price’s breath away as the epitome of physiological excellence, health, and vitality.

Green lipped or greenshell mussels, scientifically known as the Perna canaliculus, are distinguished by a bright green stripe that runs along the outside “lip” or edge of the shell. These unassuming creatures contain a surpassing array of bioactive compounds that have been studied for various medicinal purposes.

I’ve written before about how I source seafood from the Atlantic since the Fukushima disaster. This preference is due to radiation concerns regarding Pacific tuna and other fish.

Given that 90% of the world’s population with corresponding pollution issues are in the Northern Hemisphere, the pristine Southern Hemisphere can be considered “humanity’s second chance” in my view! Hence, green lipped mussels are likely one of the most nutrient dense, nontoxic seafoods still available in the world today.

Chronic inflammation is not only painful to live through, but can be the root cause of many debilitating aliments. According to lead researchers, prolonged inflammation underlies virtually every chronic disease. This would include osteoarthritis, heart disease, cancer, Alzheimer’s and even depression among many others (1). For those who prefer to address their condition naturally rather than with side-effect riddled medications, an unexpectedly powerful anti-inflammatory remedy is the green lipped mussel!

The anti-inflammatory value of mussels with the curiously green tipped shells was first discovered by studying the diets of the Māori. These are the indigenous people of New Zealand. Researchers observed that the coastal Māori, whose staple diet consisted of green lipped mussels, had lower levels of arthritis than Māori residing inland. This initial observation in the 1970’s has been followed by decades of research. Studies included testing the effects of supplemental greenshell mussel powder on a variety of inflammatory conditions such as arthritis, asthma and gastrointestinal complaints (2).

Results of formal research around the efficacy of supplemental greenshell mussel have been mixed. Over the years, researchers have employed a wide variety of testing methods, diverse doses and varying formulations. As a result, the data is somewhat difficult to compare.

Unfortunately this happens often in the study of superfoods, which naturally vary in composition and from season to season. One recent systematic review pooled the results from four randomized control trials using greenshell mussel extract for patients with osteoarthritis. Researchers found that overall, patients reported less pain, stiffness and improved mobility when consuming supplemental greenshell mussel as an adjunctive treatment (3).

Other studies have shown that greenshell mussel may be of benefit in allergic disease such as atopic asthma. In a randomized controlled trial, greenshell mussel lipid extract was associated with significantly decreased daytime wheeze and increased peak expiratory flow (PEF) (4). It is important to note that supplemental greenshell mussel is not recommended as a cure or replacement therapy for chronic inflammatory disease. It is presented as a gentle, holistic anti-inflammatory that shows exciting potential for managing symptoms.

The anti-inflammatory effects of green lipped mussel are believed to be due to the synergistic combination of nutritional compounds found within the meat and lipids. Greenshell mussels offer a high proportion of omega-3 fatty acids in the forms of EPA and DHA. These long chain omega-3 fatty acids combine with a unique phosphorylated glycogen to inhibit the formation of pro-inflammatory compounds.

Greenshell mussels also offer a significant amount of glycosaminoglycans, similar to chondroitin sulfate. This substance plays an important role in cartilage regeneration. These key compounds are present alongside a hearty dose of complete protein. In addition, the unique green lipped mussel offers a wide range of trace minerals and vitamins including A, D3, E and B12 (5).

As the largest of the mussel family, green lipped mussels are full-flavored and delicious. They naturally lend themselves well to a variety of recipes. Steamed mussels is a favorite way to prepare these nutritious shellfish. They make a fast and very nutritious dinner!

Simply sauté a couple of cloves of crushed garlic in some grassfed butter or ghee in a large frypan for a couple minutes. Then add 1/2 cup dry white wine and a cup of homemade chicken broth. Add a few pounds of mussels, cover and steam on medium-high heat for 3-5 minutes until the shells open. Serve immediately in a bowl with some of the broth and a lemon wedge on the side.

Don’t enjoy the taste of seafood or can’t find green-lipped mussels at the local market? Try New Zealand sourced and crafted Greenshell Mussel Powder capsules. This easy to use supplement offers all of the benefits of mussels in a convenient, concentrated and safe form.

If you are allergic to shellfish, astaxanthin capsules sourced from algae would be a good substitute.

Green lipped mussel extract certainly won’t offer the immediate relief of medications for inflammatory conditions. However, it may provide some relief from unpleasant symptoms associated with chronic inflammation to allow healing to begin. Once again, research has shown the huge potential of traditional superfoods to resolve illness and maintain health—something indigenous people intuitively knew and embraced.

Intellibed: Why I Threw Away Sleep Number for a Gel Bed