The measurable indoor pollutants generated by gas cooktops and ovens are 50-400 percent higher than homes without these types of appliances according to scientists. These emissions occur even when the stove is not in use. How to stay safe if you have children or a pre-existing respiratory condition. 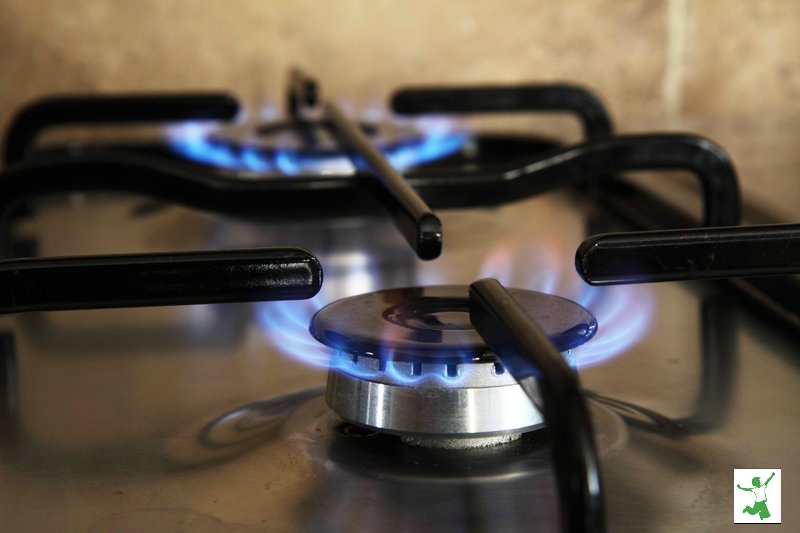 I’ve written before about the EMF risks from induction stoves and why it is a better choice to use a basic (and cheaper) electric stove instead.

But what about gas stoves? These types of appliances have been in widespread use in Europe and the United States since early in the last century. Hence, most people consider them safe due to longevity alone.

Some new studies of indoor air pollution triggered by gas stove use give reason for a rethinking of gas-based appliances.

According to a May 2020 review by the Rocky Mountain Institute, homes that use gas stoves have indoor air that is 2-5 times dirtier than outdoors.

Shockingly, this new review actually brings together decades of scientific research demonstrating that toxic pollutants are released when gas stoves are in use. These emissions absolutely have a negative impact on human health. (1)

In other words, this information has been known for over 20 years!

However, the research is only just now getting attention due to the realization that respiratory health and clean air are crucial to avoiding/surviving exposure to COVID-19.

And, with people spending more time and cooking more meals at home, the risks from gas stoves are greater than ever.

The lead author of the study, Brady Seals, writes that:

As a global pandemic shines a new light on health, air pollution, and the disproportionate impacts on vulnerable populations, it exposes the need to protect the public from risks both outside and inside the home. (2)

There are three types of pollutants released by gas stoves.

Exposure is particularly devastating for children and those living in smaller or older homes with less square footage and/or poorer ventilation.

Let’s take a look at some of the impacts of these pollutants on health.

Nitrogen dioxide, the primary gas stove pollutant produced both on the cooktop and oven has the potential to trigger the following health effects, particularly in children: (3)

There are three reasons why children are more susceptible to air pollution from gas stoves than adults.

First, children have higher rates of breathing and are generally much more physically active.

Secondly, their respiratory and immune systems are still developing.

Third, their bodies are smaller. Hence, children have a higher lung surface to body weight ratio than adults. (4)

The outdoor standards for NO2 emissions exposure are 100 parts per billion (ppb) for the United States (EPA) and 60 ppb for Canada.

Let me repeat that … these are the levels for outdoors.

Here are the indoor measured NO2 emissions levels when a gas stove is performing the following functions: (5)

Here’s the most disturbing piece of information. Even when a gas cooktop or oven is not cooking anything, it is producing NO2 emissions according to the study! (6)

Analysis reveals that gas stoves continue to pollute indoor air at levels significantly above safety guidelines even when otherwise not in use.

The author of the study puts it this way:

Homes with gas stoves can have nitrogen dioxide concentrations that are 50–400 percent higher than homes with electric stoves. The US Environmental Protection Agency (EPA) recently strengthened its assessment of nitrogen dioxide, finding a causal relationship between short term exposures and respiratory effects. (7)

Gas Fireplaces a Risk Too!

Note that anything in your home that uses gas is going to pose a similar risk to your indoor air.

For example, the popular gas-driven indoor fireplaces would add toxic pollutants to indoor air as well. 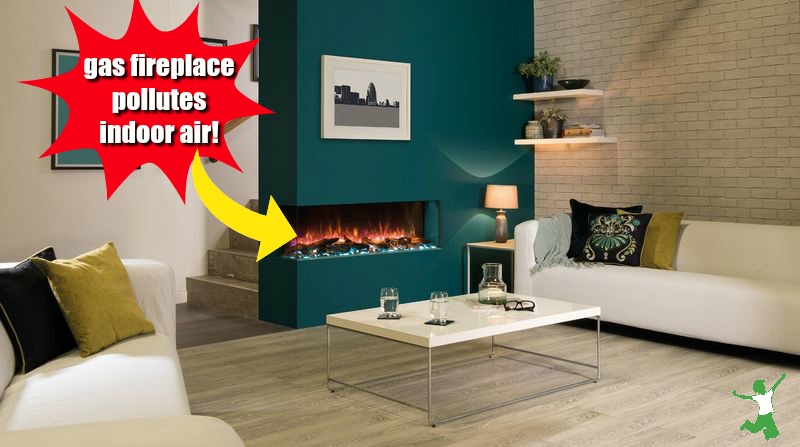 Go Electric for Cooking or At Least Do This

With induction stoves a source of electromagnetic toxicity and gas stoves conclusively proven to pollute indoor air even when not in use, you really need to make plans to go electric to be safe.

This is especially the case if you have young children or someone in the household with a pre-existing respiratory condition.

Fortunately, electric stoves are some of the most inexpensive models on the market. If the budget is tight, I suggest a visit to your local scratch and dent appliance center, where you can probably pick up an electric stove for just a few hundred dollars.

But, if you rent or otherwise not in a position to change out your cooking appliance at this time, at the very least, invest in an air purifier that is able to remove gas stove pollutants like NO2, carbon monoxide, and particulate matter from the air. This brand of air purifier is also excellent. I’ve personally vetted both models.

Note that depending on the size of your home and the number of gas-driven appliances, you may need more than one. We have one air filter to cover every 500 square feet of living space. 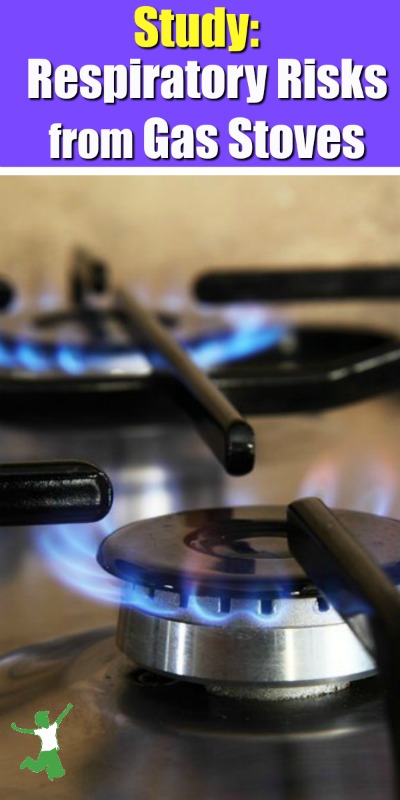 (1-6) Gas Stoves: Health and Air Quality Impacts and Solutions
(7) Indoor Air Pollution. The Link Between Climate and Health
(8) Experts are Sounding the Alarm about the Hidden Dangers of Gas Stoves