Swaddling: What Every Parent Needs to Know First 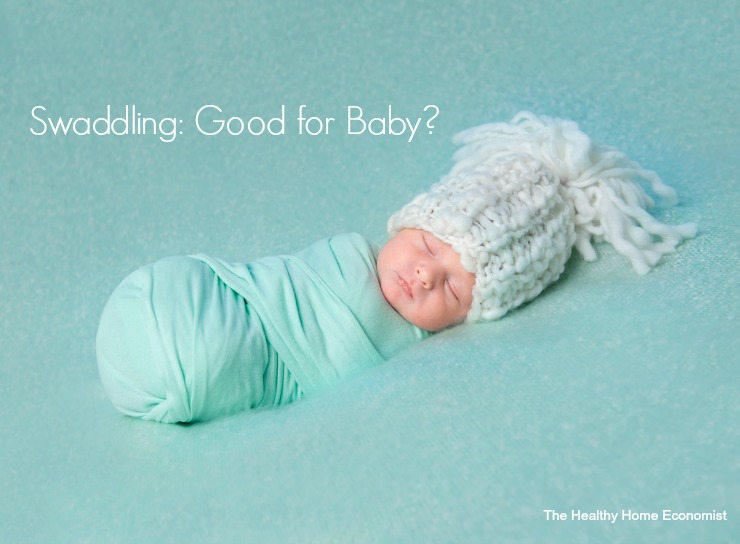 I remember very vividly the first (and second) times I used swaddling to help my firstborn take naps during the day. He was a few months old at the time, and while he slept very well at night (usually straight through), during the day was another story. Wide awake at 6 am, he hardly nodded off until early evening, typically shortly after dinner. He was full-on, 100 miles per hour literally all day long, which I found tremendously exhausting.

Moms, especially if they are breastfeeding, need naps almost as much as newborns. So, I thought I would give the traditional technique of swaddling a try. I lightly wrapped him exactly as I had been shown by my post-natal caregiver and placed him carefully on his back in the crib. Everything was done as instructed.

He fell asleep almost immediately and napped for a full hour. This was far longer than his usual 10-minute catnap.

I thought I was a genius.

The next day I tried swaddling again.  Same process, same time, same everything.

This time the results were frightening.

My baby kept sleeping even longer than the first day. I kept checking on him every few minutes past his usual wake-up time, but still, he slumbered.

Finally, after two hours (twice as long as he had slept the day before), I decided to wake him up.

When I unswaddled him, he was extremely hot and flushed. Even his onesie was completely soaked through. He was also groggy to the point of being almost unresponsive. While he recovered within a few minutes, the short time it took for him to return to his normal, baby-alert self was agonizing.

Needless to say, I experienced the fright of my life. Overheating is a risk factor for Sudden Infant Death Syndrome (SIDS), and even though my baby was only wearing a cotton onesie and no socks or hat, he still got overly warm to the point of danger.

What if I had left him sleeping longer? Would he have completely passed out or worse?

After that second swaddling attempt, I never wrapped my baby again and neither did I ever attempt to swaddle my other two children when they came along.

Studies on the Effects of Swaddling

Four studies on the effects of swaddling on newborn health raise concerns similar to what I experienced first hand.

The Journal Pediatrics reports that babies that are swaddled in a light cloth or blanket have a 38% higher risk of SIDS. The researchers analyzed results from four studies conducted over two decades in the United Kingdom, the United States, and Australia. The meta-analysis included the swaddling habits of 1759 infants who did not experience SIDS and 760 who did.

Three limitations of this study are apparent. First, parents from different parts of the world practice a wide variety of swaddling practices. These variations were not accounted for in the results.

Secondly, the studies did not control for where the infant slept – in bed with a parent(s) or in a separate cot or crib.

Third, only two of the four studies reported meaningful differences in the SIDS risk between swaddled and unswaddled babies.

Despite the limitations of the data, the findings should still give new parents pause when considering swaddling as a sleeping option for their infant. Certainly, if swaddling is chosen, putting a baby to sleep on his/her back is the least risky position.

In addition, once a baby is old enough to roll over from back to front, any swaddling practice should be terminated at that time.

What Doctors Say About Swaddling

Dr. Danette Swanson Glassy of Mercer Island Pediatrics and the University of Washington, says this about swaddling:

If you swaddle, be sure to end the practice long before the baby can roll to prone (1).

Dr. Michael Goodstein, a researcher at Pennsylvania State University and director of the York County Cribs for Kids Program, added:

There’s also a fine art to getting the swaddle just right to keep babies safe and comfortable (2).

Clearly, however, even when best swaddling practices are carefully followed, the potential for bad things to happen is still very real such as what happened to my son.

Did you choose to swaddle your babies? If so, what were your experiences both positive and negative?

Gut Problems? Get That Belly in the Sun!