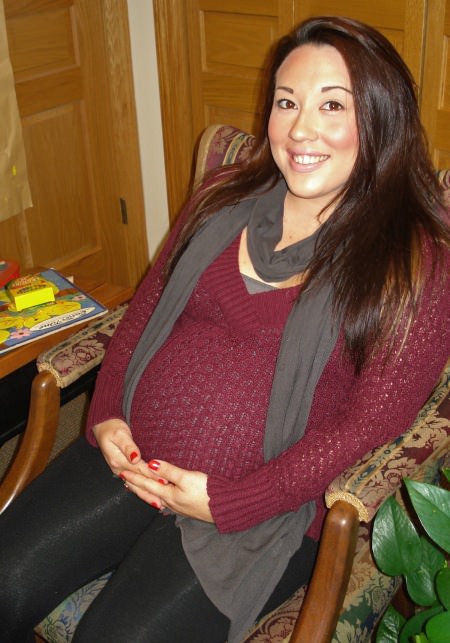 Is Social Services emerging as the new “SS” of the West?

Those of you familiar with twentieth-century history will understand the reference to the Schutzstaffel or SS, which is German for “Protective Echelon”.  During World War II, the SS was one of the most powerful and feared organizations of the Axis Alliance, believing its members to be the elite of humankind.

It would seem so given the horrific stories of human rights abuse at the hand of social workers, such as the recent story where Social Services obtained a court order to sedate and surgically remove a baby from a pregnant mother’s womb without her knowledge or consent because she had a panic attack brought on by missed medication.

Now, another story of Social Services out of control has emerged from Jackson, Wisconsin, where social workers instigated the arrest and illegal imprisonment of 28-year-old Alicia Beltran, a pregnant mother-to-be after a routine prenatal visit.

Alicia’s nightmare began shortly after visiting a health clinic about a mile from her home for a prenatal checkup when she was 12 weeks pregnant.

When asked to detail her medical history for the physician’s assistant in charge of examining her, Beltran indicated that in the past she had been addicted to the painkiller Percocet.  However, she also told the PA that she had used Suboxone, a drug used to treat Percocet dependency to wean herself off slowly and that she was now completely free of Percocet dependency.

At that point, the physician’s assistant recommended that she continue with Suboxone under a doctor’s care, which Beltran declined.  Beltran was then asked to take a drug test, which she accepted.  The test confirmed Beltran’s story as her urine was found to be free of any traces of Percocet.

Two weeks later, Social Services came knocking and told Beltran that she had to continue Suboxone treatment to eliminate her dependency on Percocet.  Beltran once again told them she was free of Percocet and this had been confirmed via urine test.

The police arrest report states that the officers took Beltran to a local hospital.  She was examined by a doctor and her pregnancy was found to be normal and healthy. Despite this, Beltran was hauled away to jail to await a hearing that occurred hours later.

At the hearing, Beltran was not only handcuffed but also shackled at the ankles like a dangerous criminal. The county judge then ordered her to spend 90 days in a drug treatment center for a drug she was no longer taking and was confirmed via urine test to be free of.

One of Beltran’s attorneys, Linda Vanden Heuvel, had this to say about this outrageous violation of human and constitutional rights:

Alicia had no idea she was giving information to the physician’s assistant that would ultimately be used against her in a court of law. She should not have to fear losing her liberty because she was pregnant and she was honest with her doctor.

Adding to the outrage, the court did not even appoint an attorney for a shackled and handcuffed Beltran at the initial hearing when the judge ordered her imprisoned in rehab for 90 days for a drug she wasn’t even taking. Inexplicably, the court-appointed a judge for her unborn child, however.

Beltran is now challenging the law that imprisoned her and has the power to terminate her parental rights and take over complete custody of her baby after birth – Wisconsin’s 1997 child protection law that grants court authority over the fetus of any pregnant woman who “habitually lacks self-control” with drugs and alcohol “to a severe degree” such that there is “substantial risk” to the unborn child. As of this writing, 17 states consider substance abuse during pregnancy to be child abuse with three of those states, Wisconsin, Minnesota, and South Dakota, allowing pregnant women to be imprisoned in mental health or rehab facilities.

Pregnant Women at Risk of Losing All Rights of Personhood

Lynn Paltrow, executive director of the National Advocates for Pregnant Women who is also co-counsel in Beltran’s federal case against the state of Wisconsin, the first challenge of its kind, says that in situations like Beltran’s, “the woman loses pretty much every constitutional right we associate with personhood.”

Other cases where the rights of pregnant women were violated and trampled under state child welfare laws include:

Cases like this will only serve to drive a pregnant woman away from necessary medical care because medical personnel have the power to call in Social Services or the police to take over immediate custody of her unborn child if they don’t like her answers to medical history questions, she refuses a specific course of treatment or attempts alternate treatment than what is recommended.

I wrote a post a few months back about how a parent should remain silent about family dietary habits at the Pediatrician’s office if they fed their children raw milk at home for fear it would bring Social Services a-knocking as has already happened in Maine.

Now it seems this warning extends to a pregnant mother-to-be as well where a medical crisis or even routine prenatal care as in Alicia Beltran’s case can open up an opportunity for the state to take charge of the woman’s body, violating her fundamental constitutional right to individual liberty in order to gain access and control over her unborn child potentially even retaining this control after the baby’s birth.

With stories making headlines that overzealous Social Services workers in these types of situations may in fact be acting on orders to meet “quotas” for how many babies are put up for adoption, these violations of pregnant women’s constitutional rights via state child protection laws may be rooted in much more barbarous motives than currently believed.

Natural, effective, science-backed method to resolve the hard-to-eradicate fungal infection that causes dandruff of the scalp, eyebrows, nose, and beard area without resorting to anti-dandruff shampoos with toxic ingredients. Dandruff…

The measurable indoor pollutants generated by gas cooktops and ovens are 50-400 percent higher than homes without these types of appliances according to scientists. These emissions occur even when the…