While shopping at the local health food store last week I ran into an acquaintance, a very nice young man I had met about 2 years ago and run into a few times a year. I almost didn’t recognize him and wondered if he had been sick.  His head was shaved, he weighed about 130 lbs and had a gray pallor giving him the appearance of a chemo victim.

“Great” he replied.  “I stopped eating meat” as his eyes roamed narrowly over the bacon in my cart.

“When I go running in the morning it seems to weigh me down.”

Hmmm, I thought, gives me energy and helps me recover. Further conversation revealed that he is getting ready for an upcoming marathon and running 90 miles a week. Trying to gently offer advice I asked if he’d heard of CrossFit Endurance.

“Bah! They run incorrectly and wear the wrong kind of shoes.”

Ok, I ended that part of the conversation right there.

“Well, gotta go” he said, “Need to get some B 12 and iron tablets, been feeling a little tired lately.”

Duh, how bout some grass fed steak and eggs for breakfast–cooked in butter?

Sad, but the above story is more commonplace than we’d like to admit. While not all those that train for endurance events fit that bill, many people do as covered in Part 1 of this series: How Marathons Can Seriously Harm Your Health.

What if a ½, whole marathon or triathlon event is a goal of yours; should you not do it or is there a right way to train for endurance events?

Several of my clients became interested in an endurance event called the Tough Mudder slated for this December in Tampa FL and wanted to create a team. We did. The Tough Mudder is a 12-mile course with 21 obstacles dispersed throughout designed by the British Special Forces.

I was all for it and told them I would do my very best to prepare them for the event. I initially hoped to build a team of at least 10 – we had a lot of interest and we rapidly climbed to over 40 people. On a daily basis I received questions on why I was not doing it with them–the camaraderie and bonding was going to be very strong. For those of you that know me or are familiar with my past, I competed in women’s fitness by running obstacle courses. My forte is strength, speed and power but it had better be over in under a minute. I have never in my life run farther than 4.4 miles at one time.

I don’t like to run long and slow I like to sprint. But sometimes we must do things we do not like–when one of my clients asked me why I was doing this and was it on my bucket list it made me ask myself the same thing. I don’t really have a bucket list and running anything even close to a half marathon wouldn’t make the top 100. I am doing it for my clients, because I can and because they like and respect me. This is one event I don’t want to be on the sidelines but rather alongside them; it is a team effort and no man will be left behind. It is not timed, but a challenge to complete. Point I am making is that there is a healthy way to train for an endurance event if that is one’s goal.

Did I re-invent the wheel? No, no need to. The best example (but not the only) I can give to anyone of an ideal training plan for an endurance event is this. . .

Brian MacKenzie of CrossFit Endurance designed a plan called the Crossfit Endurance Advanced Training Program. It will work for those training for any of the above-mentioned endurance events. In a very simplified description it consists of 3-4 strength and conditioning workouts over the course of a week along with 3 runs (1 short interval, 1 long interval, and 1 longer run). Multi-sport athletes would also include biking and swimming in the mix.

For our Tough Mudder training program, I modified this program specific to the obstacles/terrain. While there are other excellent programs out there that will also work I’d like to conclude this article with some “proof” or testimonials from “endurance” athletes that have been on both sides of the fence that this training works. . . 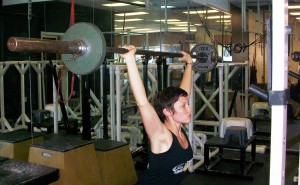 “High mileage combined with a “healthy” low-fat diet (tongue planted firmly in cheek) was a recipe for disaster. I suffered an overtraining injury while preparing for my third marathon and realized something needed to change. In a quest to find my endorphins elsewhere, I traded in my long runs and toothpick arms for high-intensity interval and weight training. It was an adjustment at first, but through changing my diet and training more effectively I was able to decrease my body fat composition, increase flexibility, and improve recovery time. I feel more balanced and strong, plus it’s amazing how much extra time you have without so many miles to log. Also let me just say that if you’re not eating full-fat cheese, you need to start!” 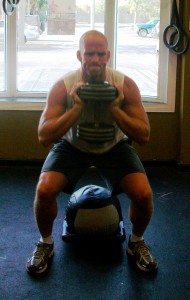 “I started running when I was 26 or 27 to lose weight and focused on running for about 6 years. I started off my first run doing a mile and a half and about two years later I did my first full marathon with plenty of 10K’s and ½ marathons in between. . During this time I was able to lose weight but keeping it off was not always easy and I never felt like I looked that great even though the number on the scale was pretty good. In 2010 after years I running I really became tired of the routine. Getting ready for a marathon took hours of my time and I was very bored with my work outs in general and even when I went to the gym I found myself doing 30 mins to an hour of cardio and another 30 mins of random weight lifting. In late December 2010 I joined CrossFit Jaguar. During this time I dropped back down to some of my lowest weights while running exclusively but with the lowest body fat content I have ever had, started around 19% and now down to about 12% or 13%. I have increased my bench press from 195 lbs to about 235 lbs, my dead lift from 315 lbs to about 385 lbs, squat from 185 lbs to about 250 lbs, and have gone from being able to do one maybe two pull ups at a time to about 15 without stopping. I am planning on leveraging short runs and CrossFit training to prepare me for not only the Tough Mudder but also for a 10K and ½ marathon coming up in November. In just doing the shorter 3 – 5 mile runs recently I find that I have good endurance and I am able to maintain a good pace. Most importantly I am NOT running 1 – 2 hours at a time while prepping for these 10 plus mile races like I used to.” 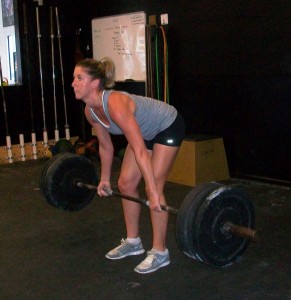 “When I first joined CrossFit in 2009, I was a fairly active person, running on a treadmill about 4 times a week and regularly competing in 5k races. I hardly ever did weights or interval training, though, and rarely ‘pushed’ myself in any way. Basically, I was logging time at the gym. Then I started CrossFit. I realized there were a number of things I was capable of – deadlifts, pull-ups, double-unders. In 2010, I decided I was capable of running a half marathon. Even though I was in good shape, the thought running 13.1 miles was intimidating; my longest runs had never been over seven or eight miles. In the two months leading up to the race, I continued to CrossFit four to five times a week with one long run on Sundays. I slowly built my mileage up, from five miles, to seven, then ten. Prior to CrossFit, I would usually feel my legs give out before my lungs, or vice versa. But during those long runs, I felt that everything was in sync. I set a goal of 2:15 for race day and ended up coming in at 2:05. The strength /conditioning and interval training contributed so much to my endurance and speed (well, speed for me!). Moreover, CrossFit mentally prepared me to meet the challenge and know I could make it to the end.”

Carol Ann began training 3 years ago. She was 30 pounds overweight, on high blood pressure medications and stressed from a high level job. She didn’t run at all or lift weights. Fast forward to the present she’s been off the meds for 2 ½ years, a svelte 132 lbs, completed 6 sprint triathlons and 1 Olympic distance triathlon dominating her age group. She trains intelligently following the above protocols for a multi sport athlete and from her picture it’s quite obvious that she does not resemble an endurance junkie in the least. She still has the same high level job but has a very firm handle on the stress. 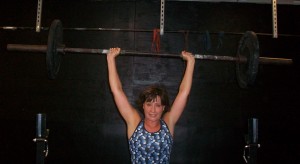 “I’ve been a runner for over 15 years and began competing in ½ marathons in 2001. I was in “decent’ shape, always trained hard and by race day felt confident, ready to go. But after a race I was totally exhausted and my recovery would take 4-5 days. I started Cross Fit about 2 months before a half marathon and soon realized I couldn’t physically keep up both training programs. I made the decision to focus on CF and cut back on my training runs. It was the perfect decision for me. The payoff was 10lbs weight loss in 2 months, 6 minutes off my last ½ marathon time and I felt wonderful after the race. Cross Fit has increased my endurance and overall fitness level, allows me to shorten my training runs but still get great race results.”

Put Down that Doughnut! You Can’t Out Exercise a Bad Diet

Cardio Will Not Get You Fit