Laughing Gas for Sedation. Yes or No? 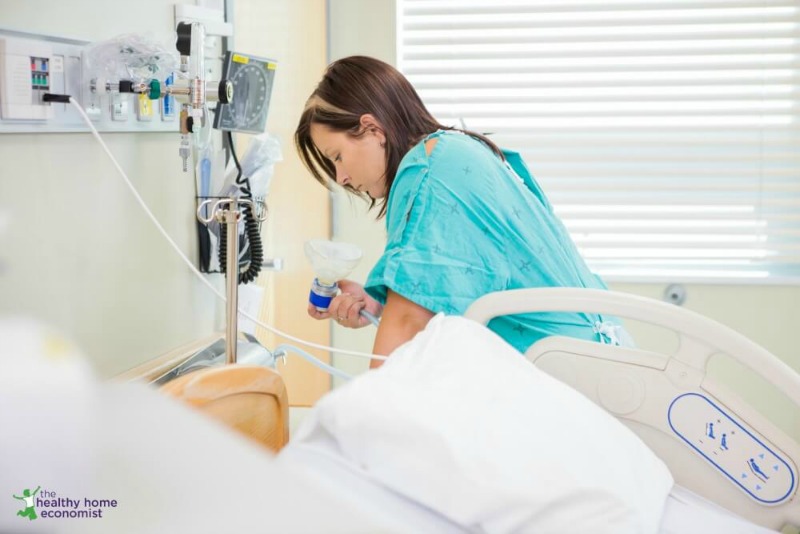 Laughing gas is a common option to help patients relax before and during brief medical procedures. Both holistic and conventional authorities widely consider it a safe approach to sedation, particularly for children and laboring women.

What is Laughing Gas?

The scientific name for laughing gas is nitrous oxide. The chemical name is N2O.

The English chemist Joseph Priestley first discovered it in 1772, although Humphry Davy, another chemist, was responsible for naming it and identifying its physiological effects. (1)

While inert nitrogen (N2) is the largest component of breathable air (78%), when chemically combined with a single atom of oxygen (N2O), it changes properties considerably.

N2 and N2O are both colorless. However, the similarity ends there.

N2O has a mildly sweet odor and taste.

When inhaled, N2O produces less sensitivity to pain preceded by a mild euphoria. This discovery led to its principal use in medicine as an anesthetic in surgical operations of short duration. (2)

Easy to obtain with brief euphoric effect, recreational drug users also favor laughing gas. A common method for getting a “legal high” is via small pressurized canisters known as “whippits” on the street. Manufacturers use nitrous oxide as a propellant in dispensers of whipped cream and other foods.

Many people confuse laughing gas, aka nitrous oxide (N2O) with nitric oxide (NO). It is also occasionally confused with nitrogen dioxide (NO2).

Let’s clear up the huge differences between these three compounds!

A single atom of nitrogen combines with a single atom of oxygen to produce nitric oxide (NO). It is naturally produced by the body and improves circulation by relaxing the blood vessels, thereby lowering blood pressure. Neurologically, people experience increased NO as an overall calming effect. (3)

Those of you who do yoga may know that one of the main goals of yogic nose breathing is to increase levels of nitric oxide in the body.

Laughing gas (N2O) is also very different from nitrogen dioxide (NO2), which has a dark brown color and is considered an air pollutant. NO2 is an intermediate compound in the industrial synthesis of nitric acid and used in the production of fertilizers. It gets into the air primarily via the burning of fuel. (4)

When is Laughing Gas Used?

Prior to the advent of epidurals, many obstetricians recommended laughing gas for their patients during labor. In fact, some women are opting for nitrous oxide inhalation sedation once again, viewing it as a comfortable and safe middle ground between natural birth and medicated birth.

Laughing gas is also widely used in dentistry. Many holistic dentists rely on it as well because it is not considered dangerous even for children. 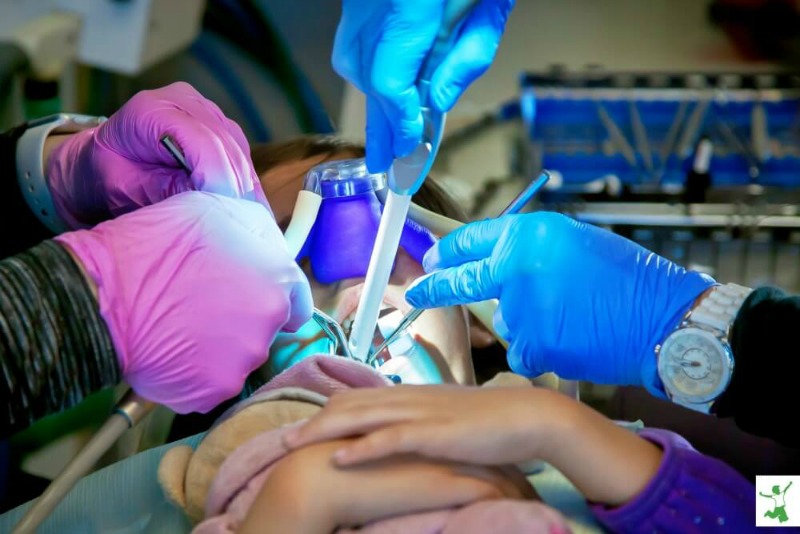 When used in holistic dentistry, mostly oxygen flows from the mask mixed with smaller amounts of laughing gas. Once the patient is numb, the dentist reduces the amount of laughing gas to very low levels for the remainder of the procedure. (5)

Treatment for caries, wisdom tooth removal and even a simple dental cleaning are instances when it can prove helpful in relaxing overly anxious patients or those with a dental phobia.

Laughing gas does not put people to sleep like intravenous or oral anesthesia. Rather, it relaxes a person making him/her less affected by pain.

Only a trained medical provider should administer laughing gas. Each patient is instructed to take a few deep breaths after a mask is comfortably placed over the nose followed by normal breathing.

Within 2-3 minutes, a patient may experience a feeling of light-headedness or a tingling in the arms and legs.

Some people say their arms and legs feel heavy. Others may get a mild case of the giggles.

Occasionally, a patient will feel a bit nauseous. A light meal beforehand usually eliminates this possibility.

Based on what is experienced, medical providers have the ability to adjust the amount of N2O mixed with oxygen that is flowing to the patient. This is a very important feature that introduces a level of flexibility and additional safety not available in years past. (5)

While under the influence of nitrous oxide, a person is able to hear and respond to questions or requests.

The effects of laughing gas wear off within about 5 minutes once the patient removes the mask. You can even safely drive home afterward without an escort.

Laughing gas for medical or dental procedures is exceedingly safe.

As mentioned above, the most common negative side effect is that it makes some people mildly nauseous, but a small amount of food consumed beforehand usually prevents this problem.

On rare occasions, repeated use can cause detrimental and lasting health conditions. This can occur even when under supervised care.

Two of the three cases involved individuals who received laughing gas during successive hospitalizations within a short period of time. The third resulted from recreational whippit use. (6)

In addition to these clinical cases, anecdotal observation indicates that those with certain autoimmune or genetic conditions may not respond well to exposure to nitrous oxide. Examples include those with autism and/or variants of the MTHFR gene. (7)

Laughing Gas: Yes or No?

Laughing gas is most accurately described as an analgesic, not anesthesia.

It has minimal disadvantages when used in a properly medically supervised situation, with care being taken so that repeated exposure within a short period of time does not occur.

On occasion, patients will not be able to achieve a good enough level of sedation with N2O. In those cases, the practitioner will need to resort to a stronger method.

Otherwise, for even holistically minded patients, laughing gas presents a helpful and safe alternative to more risky forms of anesthesia delivered orally or via IV tube.

I get many requests about who I recommend as a truly holistic dentist. If you are looking for one, I recommend Dr. Carlo Litano of Natural-Smiles.com – (727) 300-0044. He sees young children as well as adults and does phone consultations for those who do not live near his office. Be sure to tell Dr. Litano that Sarah, The Healthy Home Economist sent you and get 10% off your first visit!

(1, 2) Nitrous Oxide
(3) Difference between NO and N2O
(4) What is Nitrogen Dioxide (NO2)
(5) Nitrous Oxide Administration
(6) Practical Neurology, Whippits, nitrous oxide and the dangers of legal highs
(7) Anesthesia and ASD

Dr. Carlo Litano is from a family of medical professionals from Peru. He received his Doctoral Dental Degree from Nova Southeastern University School of Dental Medicine in 2005.

As a new dentist, Dr. Litano focused his interests in holistic and integrative dentistry while practicing in Portland, Oregon where he mentored at the Northwest Center of Dental Excellence. He later developed an interest in managing TMJ disorders and chronic pain conditions by attending a mini-residency and numerous symposiums. Dr. Litano regularly takes continuing education, keeping him current in clinical dentistry.

Is Your Dentist a Bricklayer or an Architect?