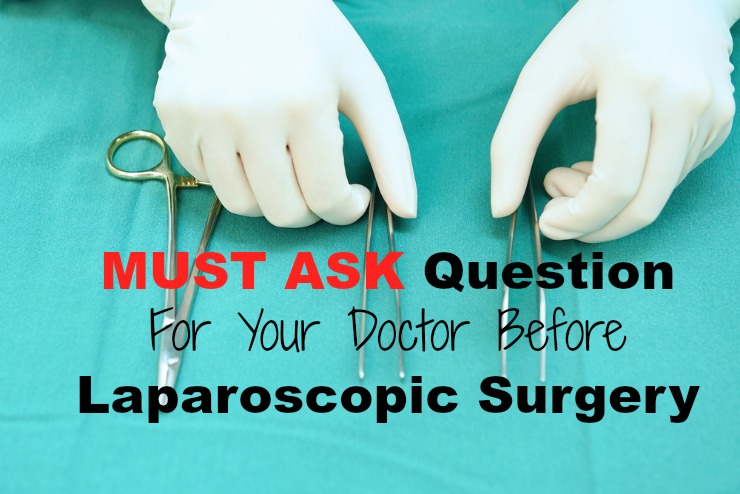 Laparoscopic surgery is clearly a wonder of modern medicine. Who would have thought that such a wide variety of minimally invasive surgical procedures could be performed with the assistance of a video camera as the surgeon’s “eyes”, several thin instruments, and only tiny incisions needed on the patient?

Gall bladder removal, appendicitis, gastric bypass, hernial repair, or GERD treatment are some of the most common reasons for using laparoscopic surgery today. The benefits for patients are many including a faster recovery, shorter hospital stay, and smaller scars both internally and externally.

While overwhelmingly successful, the laparoscopic surgery experience could be enhanced significantly for the patient with a simple post-operative protocol, which, as of this writing, most doctors sadly don’t bother to perform.

This oversight persists even though solid research has demonstrated a significant reduction in post-operative pain with the need for strong narcotics greatly reduced or even eliminated.

Hence, it is up to the patient to be informed and find a surgeon willing to go the extra post-operative mile when it comes to laparoscopic surgery!.

When laparoscopic surgery is performed, the first incision that is made allows the passage of a needle into the space of the abdominal cavity, taking care to stay clear of the organs. Through this long, thin (Veress) needle, gas is pumped directly into the patient’s abdominal cavity.

The addition of gas to the abdomen essentially blows it up like a balloon, lifting the abdominal wall above the internal organs to create clearer viewing space for the surgeon to perform his/her work. Addition of gas to the abdominal cavity also creates sufficient room for the laparoscopic instruments without the need for large incisions. Gas is slowly and continually pumped into the abdomen to maintain this “gas dome” until surgery is complete.

Most surgeons prefer carbon dioxide (CO2) gas for this purpose. CO2 is used because it is a component of breathable air, common to the human body, and can be rapidly absorbed by tissue and blood for removal from the body by the respiratory and excretory systems. Carbon dioxide is also non-flammable. This is very important because of the electrosurgical devices commonly used during laparoscopic surgery.

While the addition of gas to a patient’s abdominal cavity is important for the success of the operation, the downside is that it causes immense pain and extended suffering after the laparoscopic procedure is over.

This is because it takes time for the gas to be absorbed by the patient’s tissues and released via respiration or the excretory system. This sometimes excruciating post-op pain caused exclusively by the gas used during surgery, not the surgery itself, can take several forms depending on where the excess gas settles:

One friend of mine who recently had laparoscopic surgery for appendicitis described the gas pain as much worse than natural childbirth and so intense in her shoulder and upper chest area that she thought she was having a heart attack! She also said she was “begging” for the narcotics when the anesthesia wore off.

Unfortunately, the typical treatment for this frequently debilitating pain post-laparoscoptic surgery is usually strong narcotic pain meds with their many dangerous side effects and risks for addiction. In addition, once a patient stops using narcotics for pain, it can take many weeks or even months to detoxify them from the body.

More natural therapies are also used such as walking as quickly after surgery as possible and massage, which help release trapped gas and encourage absorption by the body tissues for removal. These don’t work quickly enough, however, and so pain meds are generally required.

The amazing thing about the gas pain experienced by nearly all people who have laparoscopic surgery on the abdominal or pelvic region is that it can be prevented!

Some surgeons are already doing the right thing and routinely removing the gas in a very simple post-op procedure as part of their standard of care, but, believe it or not, most do not!

In my view, there is simply no excuse for this and it borders on malpractice.

I mean, really? Condemning your patient to pain that is likely to be excruciating that will require narcotics to handle until it dissipates several days to a week or more later when all you have to do is something very simple to prevent it that is backed up by solid, causative research?

The only reason that comes to my mind as to why a surgeon wouldn’t voluntarily remove the pumped in gas from the abdomen of his/her patients is because insurance companies typically only pay a certain amount for a common procedure like gall bladder removal. Anything additional that isn’t strictly required will come out of the hospital or surgeon’s pocket directly or be paid by the patient.

If that’s the case, then at least give the patient the option to pay for it and most likely reduce their need for narcotics during recovery.

What’s happening now is that patients aren’t being told anything about the easy ways that exist to remove the gas after surgery which would spare them a lot of pain and suffering.

These two methods for removing the gas after laparoscopic surgery are:

Both of these approaches work well and are backed up by research as being highly effective for preventing patient distress from trapped gas.

The Journal of the Society of Laparoendoscopic Surgeons published a study in 2009 where 40 patients were randomly enrolled into one of the following 2 groups. Nineteen patients entered Group I where the residual CO2 was evacuated by abdominal compression and served as the study control group. The remaining 21 patients entered Group II, where the residual CO2 was evacuated by pumping warm saline into the abdomen until it spilled out of the open ports. Nurses, blind to the patient’s grouping, recorded shoulder pain scores twice daily.

In another study published by the Journal Archives of Surgery, a randomized, controlled trial was conducted at Taipei Veterans General Hospital from August 1, 2009, through June 30, 2010. One hundred fifty-eight women undergoing laparoscopic surgery for benign gynecologic lesions were randomly assigned to 3 groups: 53 patients to the pulmonary recruitment maneuvers (PRM) group, 54 patients to the intraperitoneal normal saline infusion group, and 51 patients to the control group.

The pain each patient experienced was evaluated post-op at 12, 24 and 48 hours.

The research concluded that post-op shoulder pain was significantly reduced in the group that received the saline infusion compared with either the PRM or control groups.

Both the PRM and saline infusion approaches significantly reduced the frequency of upper abdominal pain compared with the control group. Hence, while both pulmonary recruitment maneuvers and a saline infusion into the peritoneal cavity effectively reduced pain after laparoscopic surgery, the saline solution appeared to be better overall for both upper abdominal pain and shoulder pain.

My question to laparoscopic surgeons everywhere, “If you aren’t using a simple saline infusion or PRM as part of your standard of care, why the heck not?”

If you give a rip about your patient’s comfort and ease of recovery, there seems to be no excuse whatsoever.