Only 7% of children who drink grassfed raw milk have allergies versus 44% of those who don’t consume this healthful traditional food. The asthma rate is lower and overall immunity higher for raw milk drinking kids too. 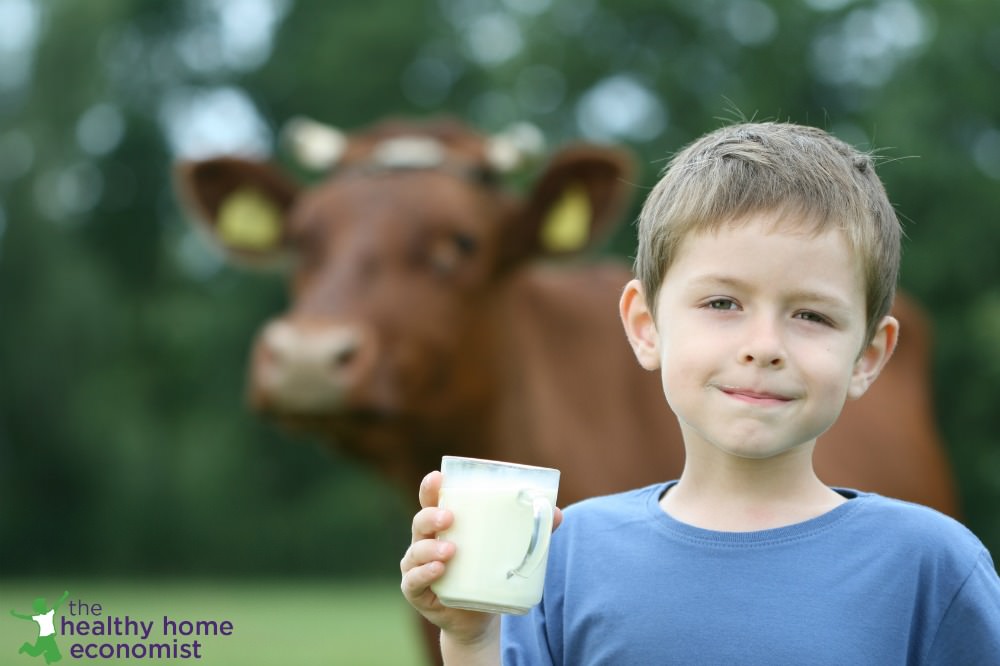 The Hygiene Hypothesis states that when children lack early exposure to infectious agents, parasites, and symbiotic microorganisms like normal gut flora such as would naturally occur in a rural or farm environment, they are much more likely to suffer from autoimmune disorders such as allergies or asthma.

This hypothesis helps to explain why farm kids tend to be so much healthier and far less prone to immune disorders than children raised in an urban setting.

Now, an international team of researchers has taken the Hygiene Hypothesis a step further by looking at how one raw milk protects against allergies in children. This is but one of the health benefits of raw milk, particularly from grassfed cows.

The results of the skin prick tests to assess allergic sensitization are summarized as follows:

This study reinforces the results of the 2011 Gabriella study which found lower asthma rates as well.

Exposure to farm milk in early life and consumption of raw farm milk have been associated with a reduced asthma and atopy risk, and it has been suggested that this protection might be mediated through receptors of the innate immune system.

While the results of this large survey combined with allergy testing are very promising with raw milk potentially a very easy way for parents to safely increase the odds that their children avoid the lifelong burden of allergies and/or asthma, further research is warranted.  Dr. Holbreich’s team noted that some of the superior immune response of the raw milk drinking children may be due to the very large Amish families which may provide additional protective factors.

Should parents eager to provide their children with maximum lifelong vibrant health wait for these studies to occur?

While some parents may wish to remain cautious, more forward-thinking parents wishing to provide their children with a health edge today will no doubt seek to source grassfed raw milk immediately based on this information.  As wisely noted by Dr. Kate Rheaume-Bleue in her book Vitamin K2 and the Calcium Paradox:

We can’t always wait for science to identify the nutrients and test for them before we go ahead and benefit from them.