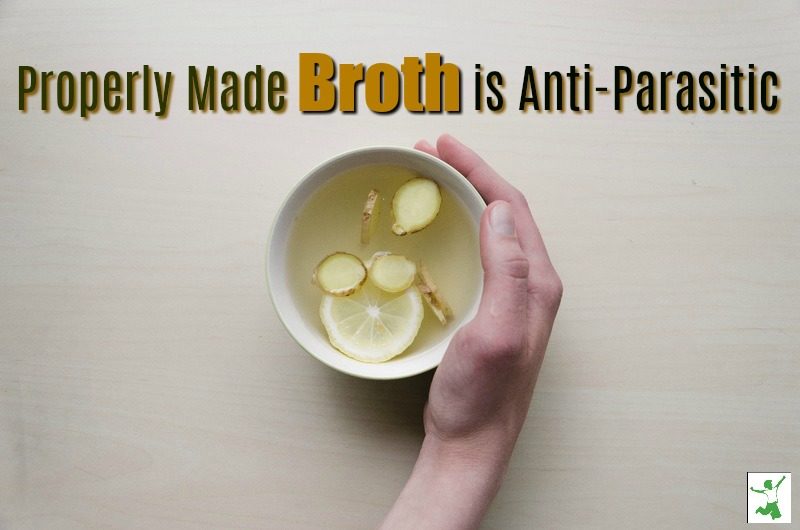 Homemade broth recipes passed down for generations from a wide diversity of ethnic cultures in Europe, North Africa, and the Middle East exhibit potent anti-parasitic properties.

These are the findings in the first of its kind research study published in the peer-reviewed journal Archives of Disease in Childhood. (1)

Of course, many parents who use traditional broth regularly in the family’s menu to make homemade soups may already know this!

Malaria: One of the Deadliest Parasitic Infections

Malaria is perhaps the most feared parasitic infection in the world.

According to the World Health Organization, there were 219 million cases of malaria in 2017. This was an increase from 217 million cases in 2016. The estimated number of malaria deaths remained at about a half-million for both years. (2)

The bite of an infected mosquito transmits parasites from the Plasmodium family that are responsible for causing malaria. Of these, Plasmodium falciparum is the deadliest.

Approximately half the world’s population is at risk for malaria. However, the parasite that causes the illness continues to develop resistance to drugs used to treat it.

This continuing malaria-induced level of mortality has motivated researchers to investigate centuries-old natural remedies to fight fever as potential alternatives.

London researchers conducted a causative study on the effects of broth and how it disrupts the life cycle of the most deadly of the malarial parasites, Plasmodium falciparum.

Primary school children from a diverse ethnic background brought in samples of clear broths made according to traditional recipes.

Researchers tested each of 56 broths in vitro for effectiveness in arresting the growth and development of the deadliest species of the malaria parasite.

Clear broth extract was incubated with in vitro cultures of Plasmodium falciparum asexual or mature sexual stage cultures and assayed for parasite viability after 72 hours. (3)

Researchers discovered that 5 of the 56 broths demonstrated a greater than 50% in vitro growth inhibition against P. falciparum asexual blood stages.

Two of these had comparable inhibition to that seen with dihydroartemisinin, a leading antimalarial.

In total, 9 of the 56 complex meat-based or vegetable broths were shown to be effectively anti-parasitic.

The research also served to educate the children about natural remedies, traditional medicine, and an evidence-based drug discovery process.

I had a big question after reading this study. What was the difference between the effectively antiparasitic broth recipes and the ineffective ones?

Because details were not provided in the research study, my guess is that gelatin was likely a key factor for the meat-based bone broths. Gelatin is highly protective of the intestinal mucosa from a broad spectrum of microbial assaults.

For example, neglected children with intestinal parasites can sometimes start to pass worms in their stools once they start eating a nourishing diet which includes homemade broths or soups. This is the shocking observation of a friend who is a longtime foster parent.

If your broth doesn’t have gelatin after refrigeration, refer to the linked article for tips on the likely reasons why.

So, do you use traditionally prepared broths as a key wellness tool in your home?

(1, 3) Screen of traditional soup broths with reported antipyretic activity towards the discovery of potential antimalarials
(2) WHO: Malaria

How to Harness the Power of Garlic Medicinally