Why I Declined an Appearance on The Doctors TV Show 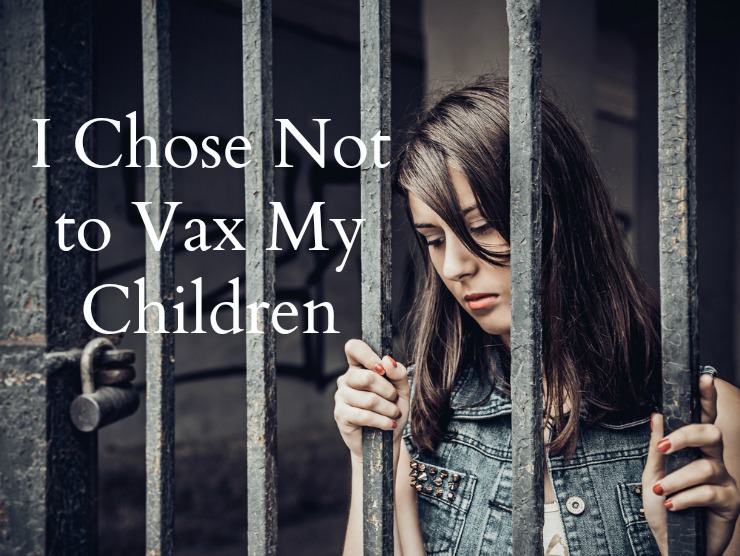 This is quite possibly the most difficult of the 1482 articles I’ve written on this blog to date since 2009.

I just got off the phone with the producer of the popular The Doctors TV show to decline an invitation to appear on an upcoming show. I received the invite in order to “fairly” represent the views of parents who choose not to vaccinate their children in light of the media frenzy surrounding the Disneyland measles outbreak.

This is the sixth interview request I’ve received in the past week on the Disneyland measles story. All but one was from a major national or international news or television network.  I declined them all with the exception of a request from a Northwestern University student who was writing a paper on the subject. I allowed him to quote me for the opposing viewpoint.

Why am I declining interview requests about a topic I am extremely passionate about?

I am deeply concerned about the media feeding frenzy that is surrounding this measles outbreak story that is creating a witchhunt and a burn ’em at the stake mentality regarding vaccine skeptics in general, but most specifically, parents who choose not to vaccinate their children.

The media stories are filled with propaganda that is designed to stir the pot and heighten emotion, hate, and rage, not provide actual facts.

To give you an example, when I first received the invite to appear on The Doctors TV show, I accepted. The producer had assured me that the debate would be fair and open …  “an adult conversation” with no name calling, finger pointing or accusatory tone.

However, when we dug into the questions that would be potentially covered, I was told that I could not mention the name “Merck” in my answers else it would probably be edited out. Merck, you may already know, is the pharmaceutical company that manufactures the MMR vaccine. Merck is currently embroiled in two lawsuits for fraud for the falsification of data regarding the effectiveness and safety of its vaccines. One of these lawsuits has been brought against it by two of its own scientists, incredibly brave whistleblowers to whom we should all be grateful.  A judge recently refused to throw out the lawsuits as the evidence is strong against Merck for conscious and premeditated wrongdoing (source).

But, I couldn’t mention this on air.

In addition, it was going to be little ‘ole me, “dumb Mom what does she know” up against a panel of other “experts” and parents who are all pro-vax.

Me up against how many?  Seriously?  This is an objective, fair debate?

We no-vaxing Moms must be a powerful and very threatening force to require a panel of doctors and pro-vax parents lined up against us on national TV to put on a show for the masses, don’t you think?

The other reason I am refusing interviews on this topic is the medical fascism type of mentality that has taken over the vaccination debate. This controversy bordering on violent confrontation is not just occurring in the United States either.  Dr. Sherri Tenpenny D.O., a leading vaccine skeptic, recently canceled the remainder of her speaking tour in Australia amid concerns about the safety of the attendees to her lectures (source).

Here are some of the recent topics pertaining to vaccine skeptics from major news outlets in just the past few days:

This is, by definition, the very essence of a medical police state. To find that such a policy is boldly called for in the pages of USA Today demonstrates just how treacherously far we have now ventured into the all-too-familiar territory of the world’s past dictatorial regimes which routinely violated human rights in the name of compliance.

This crisis point is actually both good and bad.

It is good in that is shows the desperation of the authorities attempting to force medical dogma and vaccine compliance on a public that should be free to make up its own mind. This is shockingly even true for those who opt-out of vaccines like MMR for legitimate religious reasons because they are cultured on electively aborted fetal cell tissue, which is abhorrent to those who are pro-life. As Gandhi said so well in the quotation above, this is the final phase of battle before you ultimately secure your freedom.

When my husband and I first decided not to vaccinate in 1997, the discussion was at the “they ignore you” phase.

Then, by the time my second and third children were born, it was at the “they laugh at you” stage.

Now, we are in the “they fight you” stage which is the final endgame before victory.

Of course, the endgame for those in favor of forced compliance for all citizens is a Federal law mandating vaccines which would supersede state exemption laws in one fell swoop.

Will the voting public allow this to happen?  I don’t believe it will.  The truth is that the vast majority of people no matter whether they vax or not believe that vaccination is a choice and that forcing the issue on people isn’t the answer for a free society.

The best strategy then is to quietly go about our business, live our lives, and refuse to participate in any attempts at forced medical tyranny on ourselves and our children. We have the real and unbiased science behind us (sources). The vaccine propaganda will ultimately fail as a growing wave of parents determined to preserve the health of their children opt out of the egregious CDC childhood vaccination schedule no matter what the consequences may be.

And autism is just the tip of the iceberg of health problems faced by vaccinated children!

There comes a point in time where a critical mass of parents will do whatever it takes to protect their children’s health no matter what baloney the authorities spout. This is exactly what is happening in Southern California, ground zero of the no vaccination trend.

Estimates are that up to 80% of privately educated children in Los Angeles are currently unvaccinated.  In Los Angeles area public schools, the situation isn’t much better for the pro-vaxers: only 58% of children are vaccinated in one public elementary school in Malibu.

The truth is that there are several million nonvaccinating families in the United States from all walks of life, income and education levels, and religious and political persuasions. We’re not fringe, and we’re not crazy.

Are they going to lock us all up?

I don’t think so.

Gardasil: Guarding or Gutting Our Youth?

Six Reasons To Say NO to Vaccination

What to Expect at School Post-Lockdown (disturbing photos, video)