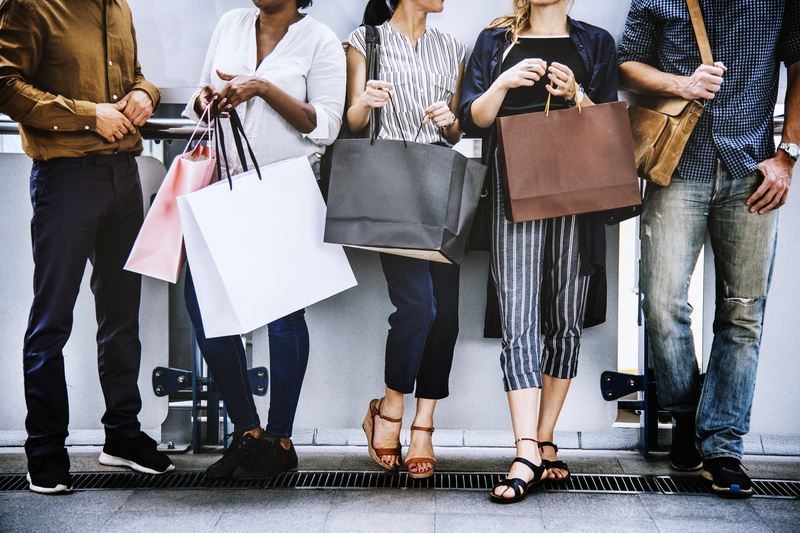 I’ve often thought over the years that it would take a catastrophe of one kind or another to break the world’s addiction to cheap imports. While it’s still too early to tell, the novel coronavirus and the tragically unfolding scenario in China might just fill the bill.

The truth is that the vast majority of people don’t think much about the destructive nature of their day-to-day habits, nor do they care to be reminded about it by you and me.

These zombie consumers will not voluntarily alter OCD shopping habits and routines unless forced to. This is the case even though said habits are decimating our oceans and planet with resource-depleting, pollution-spewing factories and the never-ending back and forth of bunker-fuel-belching tankers.

What is “bunker fuel”?

It’s the type of petroleum used by the world’s 90,000 cargo ships. It contains up to 2,000 times the amount of the toxic form of sulfur compared to diesel fuel used in automobiles.

Fast fact: Over the course of a single year, ONE massive container ship equals the pollution of 50 million cars.

According to the Guardian:

Shipping is by far the biggest transport polluter in the world. The world’s 90,000 vessels burn approx 370 million tons of [bunker] fuel per year emitting 20 million tons of Sulphur Oxides. That equates to 260 times more Sulphur Oxides being emitted by ships than the worlds entire car fleet. One large ship alone can generate approx 5,200 tonnes of sulphur oxide pollution in a year, meaning that 15 of the largest ships now emit as much SOx as the worlds 760 million cars. (1)

In other words, driving a Tesla or installing solar panels on your roof doesn’t offset an addiction to Home Goods.

Large Retailers Depend on Chinese Imports

It’s no secret that the business model of a number of American retailing chains depends heavily on a steady supply of Chinese imports.

For example, the retailer Fossil depends on Chinese goods for about 40% of its sales. Dollar Tree has a similar dependence with 41% of its goods sourced directly from Chinese factories. Lenovo, a Beijing-based technology manufacturer, is Best Buy’s fifth-largest vendor. (2)

Wal-mart, the largest retailer in the world, is the single biggest importer of Chinese consumer goods. In some cases, the amount surpasses the trade volume of entire countries.

According to Frank Yuan, a former middleman who did business with Wal-Mart:

With the expiration of US quotas on textile imports, the US apparel market is now dominated by Chinese imports, with estimates as high as 80% of the market.

Most of China has been closed since late January 2020 due to an extended Lunar holiday to fight the coronavirus outbreak. (4)

Factories slated to reopen February 9 are still idling, however. Even when they do resume business as usual, market analysts are anticipating further delays because the coronavirus isn’t even close to being contained. Taiwan News reports that Bejing and Shanghai are now on lockdown as well, although this shocking development is going unreported by Western media.

Ben May, director of global macro research at Oxford Economics, puts it plainly:

Once production in the country resumes, transport and logistics bottlenecks may still lead to slow shipments. (5)

In fact, a number of large U.S. companies with operations or suppliers in China have already said they expect supply chain disruptions whether or not factories reopen soon as claimed by the Chinese government.

It is clear that there is much we don’t know yet about how the novel coronavirus may temporarily or permanently alter the flow of goods on Planet Earth.

Currently, the outbreak has yet to peak in China’s Hubei Province, where Wuhan, the epicenter, is located. Estimates are that cases could continue rising at minimum for a couple more weeks. (6)

The truth is that no one really knows especially since it appears that Chinese authorities may be lying bout the number of cases and deaths. As just one of many data points, reports are that Hubei’s crematoriums may be running 24/7 suggesting a death toll far higher than the official numbers reported by China. (7)

While no one wishes for the destruction wreaked by a pandemic to force the issue, it is very possible that the silver lining of coronavirus 2020 is a considerable slowing of the flow of cheap imported goods. Companies experiencing shortages may then be forced to quickly create new supply chains potentially closer to the consumers they serve.

And, consumers bereft of a steady and reliable stream of cheap imports to slake their shopping addiction might finally be forced to rely more heavily on locally produced goods.

Such an outcome would, without a doubt, be hugely beneficial for supporting our communities and restoring our damaged planet.

(1) Big Polluters. One Massive Container Ship Equals 50 Million Cars
(2)  These are the Retail Brands that will be Most Hurt by Chinese Tariffs
(3) Wal-Mart and China: A Joint Venture
(4) How the Novel Coronavirus is Disrupting Global Supply Chains
(5) Investors Brace for Coronavirus Shock
(6) When Will Coronavirus Peak?
(7) China’s Culture of Lies Helps Spread the Coronavirus

How to Break Broodiness in Your Hen

What is Castile Soap and is it Really a Green Choice?

Snookered by the Airport Body Scanner