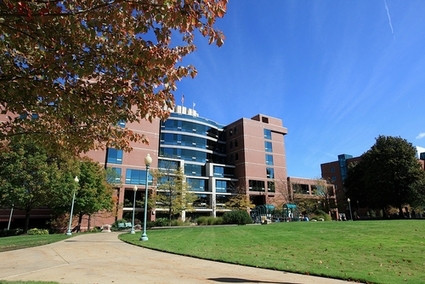 The alarming saga of Andy and Anna Hershberger and their 10 year old daughter Sarah, who is now in complete remission from lymphoblastic lymphoma, an aggressive form of non-Hodgkin lymphoma, has taken yet another dramatic turn.

A heated court battle has been ongoing for months since Andy and Anna decided to forgo a second round of chemotherapy treatments for Sarah at Akron Children’s Hospital in Ohio after witnessing her terrible suffering and her continual pleading for the treatments to stop. Andy and Anna opted instead for the guidance of another physician at a wellness center along with the use of natural medicines.

At that point, Akron Children’s Hospital sued for medical guardianship of Sarah to force the chemo to continue, guardianship that was granted by an appeals court earlier this month.

Sarah has since been declared to be 100% cancer free and yet the hospital continues to insist that a second round of devastating chemotherapy is required – treatments that Andy and Anna say they were never told were in fact experimental and part of a research study, according to David Michael of the Journal of Natural Food and Health who has interviewed Sarah’s father, Grandfather and uncle.

Evidently sensing that an appeals court decision earlier this month was not going to go well despite two lower court rulings adamantly in their favor, Sarah and her parents fled the United States before the appeals court decision. This ruling ordered the appointment of nurse and attorney Maria Schimer to take over limited guardianship and force a second round of experimental chemo for Sarah. Schimer, who has shockingly never even met Sarah or her parents, is General Counsel for Northeast Ohio Medical University (NEOMED), which is a close affiliate and business partner of Akron Children’s hospital.

Despite hospital claims that Sarah would die within months without a second round of chemo, Sarah is now 100% free of cancer according to her father. Her holistic physician utilized a natural, biochemical protocol using nutrition, supplements and plant extracts.  Three cat scans and blood tests have all confirmed no presence of cancer in Sarah’s body.

Sarah’s parents have stopped speaking with the conventional media because, according to Sarah’s Grandfather Isaac Keim, a bishop in the Amish church,  Andy said, “after the news media took only a part of my statements and twisted them, I wasn’t going to talk anymore”.

The Hershbergers charge the following mistreatment and illegal activity by Akron Children’s Hospital and are utilizing alternative media to get their side of the story out to the public:

While conventional media has tried to paint this story as a religious one, this is simply not the case. The Amish do in fact accept modern medicine when and if appropriate as the Hershbergers did in wanting Sarah to start chemotherapy. Rather, this case is ultimately about parental rights and whether fit, caring, attentive parents like Andy and Anna have the choice to direct medical decisions for their children.

Hershbergers Wish to Return Home with Sarah But Fear Arrest

With Sarah now free of cancer, the Hershbergers wish to return home to Medina County, Ohio to their other six children and begin to rebuild their lives.  However, they fear they will be arrested for contempt of court if they do so.

Andy said that under no circumstances will he and Anna comply with the court order to force a second round of experimental chemo on Sarah.

A fund has been set up to help the Hershberger family with legal and personal expenses as as they return home. Please donate any amount great or small as you have the means if this story touches you in some way and you wish to help Andy and Anna set an important precedent in the United States that medical decisions for minor children reside with the parents, not with a hospital or a court appointed medical guardian.