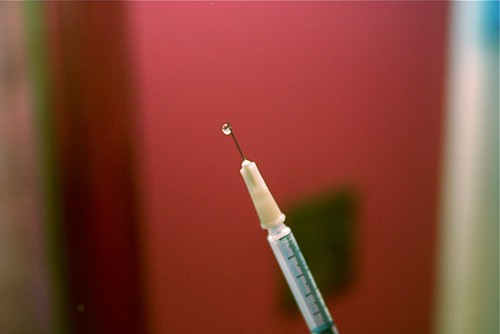 The National Institute of Health finally declared formaldehyde a carcinogen after years of dragging its feet. This is the 12th cancer list released by the NIH through its subsidiary program, The National Toxicology Program.

Formaldehyde is a very common chemical used in manufacturing and the risk of exposure to consumers is high due to its pervasiveness.   That “new car” smell is really formaldehyde as is the smell in new homes.  It’s a frequent ingredient in many if not most cosmetics.

Workers in hair salons, mortuaries, particleboard, and plywood manufacturing typically have the most occupational exposure to formaldehyde.  Embalmers in mortuaries suffer from leukemia at higher rates than normal as well as cancer of the nasal passages and mouth.

Evidence of Formaldehyde as a Carcinogen is High

John Bucher, associate director of the National Toxicology Program, said that evidence of formaldehyde’s carcinogenicity is strong. Dr. Otis Brawley, Chief Medical Officer at the American Cancer Society said that “all a reasonable person can do is manage their exposure and decrease it to as little as possible.”

Not surprisingly, The American Chemistry Council, a trade association representing companies that make and use formaldehyde, rejected the new report with the statement “we are very concerned that politics may have hijacked the scientific process.”

As with other toxins such as mercury, this new government warning concerning formaldehyde is contradictory and confusing.

Could one cause of the increasing cases of childhood cancers be due to the use of formaldehyde in vaccines?  This question was conveniently left out of the government’s report, but this pressing question arises nonetheless.

Oh, and if you’re worried about cancer for yourself, remember that the CDC recommends 141 vaccines for adults! Considering that 1 in 2 men and 1 in 3 women are stricken with cancer in their lifetime and this is predicted to double by 2050, it seems wise to skip the shots, doesn’t it?

It seems that smart parents will avoid vaccines for their children based on the government’s warnings about formaldehyde and utilize the benefits of homeopathic nosodes as a safe, nontoxic alternative should the rare situation of a localized epidemic ever arise.

The government may be talking out of both sides of its mouth with regard to the dangers of formaldehyde, but parents can’t afford to be confused about its dangers where the health of their children is concerned.

Do You Know What’s In a Vaccine?

Censorship of the Vaccine Debate

One Year Since “15 Days to Flatten the Curve”, My Photo Diary for My Future Grandchildren of a World Gone Mad